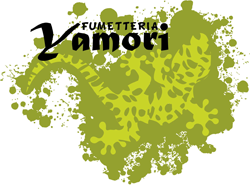 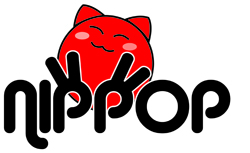 Welcome to our article about NGE: The Lost Numbers.

We asked Nipponbashi (italian cultural association about japan culture) for a collaboration because, after buying the Renewal of Evangelion collector box, we watched and analyzed attentively its every single detail and frame for days and noticed some peculiar aspects, especially in its extras, where you can find videos made of working footage and sketches.

The discoveries we made aren’tthe absolute truth, we cannot claim anything for certain as long as it isn’t officially confirmed by Khara; even so, we proceeded by trial and error and came to a single conclusion that could be shocking for most.

It is well-known that many scenes and frames of Evangelion, especially in the TV series, were re-used many times because of budget cuts; nonetheless, we noticed some differences between the information we got from the Renewal’s The End of Evangelion working sketches and the information released elsewhere.
You will find the pictures (with related description) that made us develop our theory here below.

These working sketches are all taken from the Italian Platinum Edition, so they belong tothe Neon Genesis Evangelion TV series. As you can see, though, those scenes aren’t shown in the series, but they are in The End of Evangelion.

Here you can see the sequences mentioned above. The numbered pictures are from Italian Platinum Edition, the unnumbered ones are from The End of Evangelion.

Analyzing the Renewal of Evangelion, we concluded that the movie from 1997 wasn’t made, as it is officially claimed, because of the fan threats or because of budget cuts, but as a marketing move wanted by Gainax itself or its sponsors.

Here below there is further evidence from the Renewal to support our theory:

This is a screenshot of a working sketch from the Renewal that shows how The End of Evangelion was made with an aspect ratio of 4:3, the same as the TV series, and later edited to the aspect ratio of 16:9 for the Home Video distribution.

Here you can see for yourself what we have just descripted. On the left, there is a screenshot of the episode 24; on the right, there is one of the beginning of The End of Evangelion, both from the Renewal box. Focus your attention on the following information, which –we think– is very important: the Timecode you can see on the top indicates the duration of the film stock or the time of production if cels are used. The numbers stand respectively for hours:minutes:seconds:frames per second. In the video from the Renewal where we took the screenshots, the scene goes straight from theepisode 24 (2 hours, 12 minutes and 16 seconds) to The End of Evangelion (2 hours and 35 minutes), where there is the UN military action.There is a 13 minutes gap between the scene taken from the film stock and the one in cels. In the The End of Evangelion usual version, the UN attack occurs at 0 hours, 10 minutes and 30 seconds.In this video, the episodes 25 and 26 and the The End of Evangelion initial scenes (Shinji masturbating, The Magi System being hacked and Seele’s speech) are skipped, which made us concluding that episodes 25 and 26 were probably meant to be before the two episodes that eventually had made up The End of Evangelion (Air and Magokoro Wo Kimi Ni)

An example of the production timecode. It signs Hours:Minutes:Seconds:Frame per Second

Moreover, observing the frame rate (which is measured in fps, standing for the number of frames shown in a second in a footage or in an animation), we noticed that there are some scenes (the one we showed at the beginning of this article) shot with 30fps, like The End of Evangelion, when the rest of the series has a frame rate of 25 fps. This could mean that the scenes added in the Director’s Cut version weren’t cut but they were though together with the series and added later.

Something similar could have happened to the first part of The End of Evangelion, Air. Like we said before, it was probably thought and partially made during the production of the TV series but never brought to an end; moreover, observing the videos,it is likely that The End of Evangelion and the Director’s Cut additions were finished with new equipment the studio could afford with budget income. The official reason for producing the Director’s Cut version and The End of Evangelion, which would be the death threats the studio and Anno itself received, would then actually just be an excuse because they needed to justify partially completing the series with poor quality. In fact, the infamous letters, excluding few of them,aren’t really threats but mainly praises and encouragement. The linear conclusion of what we said below would then be that The End of Evangelion was actually the ending Anno first wanted.

Here you can see for yourself their English translation: End of Evangelion Death Threats.

In conclusion, we hope you enjoyed Evangelion Exhibition, which we believe can properly honor the 20th anniversary of Evangelion, and our material, on which we spent a lot of money, work and efforts. Keep watching our slides, you will see unreleased Neon Genesis Evangelion picture you cannot even find on the web!

Thank you for your attention.

No copyright infringement intended. We do not, in any way, profit from the shown material. All rights to the pictures and videos belong to their copyright owners.